These are two stand-up fighting styles that are derived from the cultures of the Far East. Both of these fighting styles utilize kicks and punches. However, in Muay Thai, the use of knees and elbows is allowed. Kung Fu is a traditional form of martial arts that has been around for over two thousand years. On the other hand, Muay Thai has been around for about six hundred years and has a rich history and traditions.

Going by history, Muay Thai is a far better and more effective fighting technique. It is also very effective when it comes to defending yourself from the opponent. Of course, Kung Fu is one of the oldest forms of martial arts and is practiced by very many people. However, when comparing the two, Muay Thai has the upper hand.

Kung Fu, in a similar way to karate, is known by many people around the world. It is widely recognized because of famous actors displaying this martial art in movies, such as Jach Chan and Bruce Lee. They used Kung Fu and karate in a lot of movies.

Muay Thai may not be as famous as Kung Fu in popular culture. However, it is gaining recognition due to its emergence in MMA competitions. It has also found its way into the Olympics. Between the two, Muay Thai comes on top. Muay Thai and its techniques prove to be better in professional combat sports competitions.

The purpose behind the development of Muay Thai and Kung Fu

The purpose behind the development of these two forms of martial arts is important. It influences their effectiveness in fighting. Kung Fu includes different styles. Its innovation and development are linked to practices that help improve the health of the overall body. Muay Thai on the other hand has its root directly linked to combat. The prime focus of Muay Thai is ring fighting.

What are the differences between Muay Thai and Kung Fu?

You will get a variety of styles in Kung Fu. The southern style is famously known for strong and low stances while the northern style is agile movements and flying kicks.

The northern style of a ‘long fist’ showcases these characteristics with high kicks and long whipping attacks. The ‘Hung Gar’ style displays the southern attributes effectively with low and powerful stances.

Kun Fu styles also imitate the movement of creatures such as the White Crane, Praying Mantis, and Monkey Kung Fu. It also utilizes deception techniques such as the drunken boxing style.

Muay Thai on the other hand is a more direct fighting style. Its techniques are simple but very effective. The sole purpose of these techniques is to damage the opponent eliminate them.

Muay Thai is a competitive form of martial arts focused on fighting in big stadiums in the ring where judges and referees declare the winner. It is governed by rules where there are rounds with breaks to ensure no serious damage is done to the fighters.

Therefore, Muay Thai and Kung Fu differ greatly in technique, appearance, and the intended purpose. It relates to the origin as well.

Between Kung Fu and Muay Thai, which is more competitive?

The debate of these two forms of martial arts is endless. The popularity of Kung Fu is huge due to its use in films by famous actors like Jet Li, Jack Chan, Bruce Lee, and others. Though Muay Thai is not as popular as Kung Fu, it is more effective and better in a real fight.

So where does Kung Fu originate from?

History indicates that Shaolin Temple is the birthplace of Kung Fu and possibly the root of all martial arts of the Asian continent. According to ancient sources, some Buddhist monks traveled by foot from India to China to take Buddhist scriptures. He is responsible for developing the first physical movements that would later be referred to as Kung Fu.

When he arrived at the Shaolin temple, he found monks there who were not in an ideal physical condition to master the art of meditation a few hours a day. Meditation is a primary method of Boddhidharmas Zen Buddhism.

Bodhidharma developed physical exercises based on Yoga systems from native India which later became the ‘the Sinew Metamorphosis Classic’ and ’18 Arhat Hands’. Theories state that these later came to be the physical movements that were then developed into Kung Fu.

The sole purpose of Kung Fu in its original state was to strengthen the overall human body. Even though Shaolin is also known for warrior monks, the Buddhist philosophy prohibits fighting with others and is against taking a life.

Where did Muay Thai Originate from?

Muay Thai has its roots traced way back to combat styles that were known as Boran Muay. It came to be a result of ancient wars among kingdoms. It is a style that was used by warriors of historical Thailand. It was then developed into martial arts that was accompanied by the use of weapons. The old style that allowed the use of ammunition is known as Krabi Krabong. That form of combat that does not include any form of ammunition was known as Muay Thai.

It was used in competitions to determine the warrior who would become the King’s guards. Civilians adopted it as a form of self-defense. Many forms of Muay Boran developed in different regions of Thailand with each one of them having its distinct style.

In the early 1920s, Muay Boran got the influence of western boxing. Rules were introduced and included things such as the time between rounds, wearing of protective gear, and use of a boxing ring. This was the birth of what we know as Muay Thai. For this reason, it is correct to say that Muay Thai’s originated from fighting and combat.

Given all these details about these two martial arts, we can conclude that the most appropriate style that a person can learn depends very much on what suits him best.

This is where the desire to learn a certain fighting style comes in, but this style will not always suit him. And besides this, the time and dedication of fully learning the fighting style involve physical and mental sacrifices. 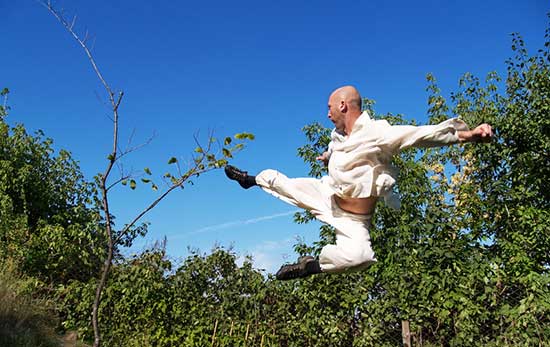 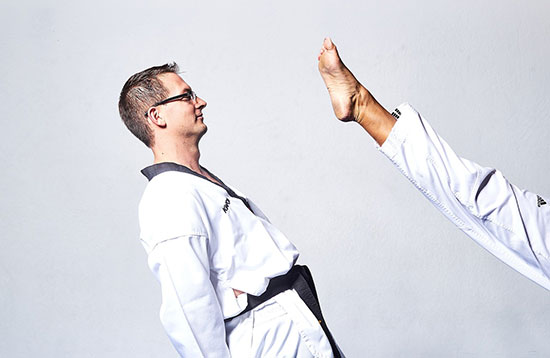 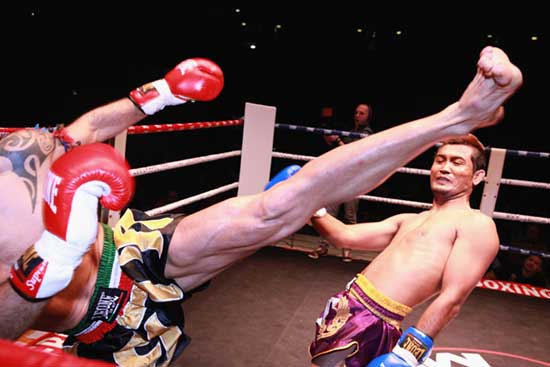 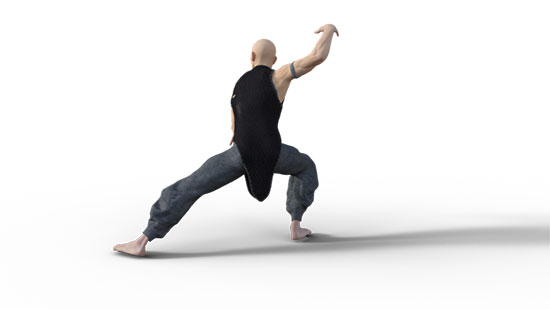 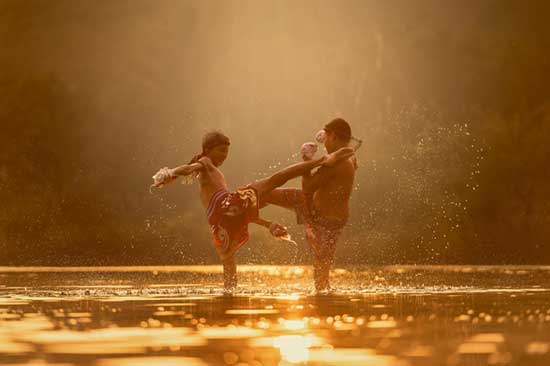